Are Solar Panels The Future? 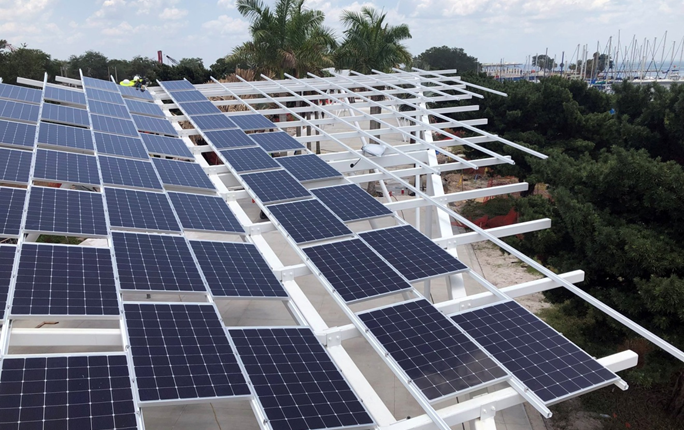 Clean energy could produce enough electricity to power all of the homes in the U.S. by 2035 and employ as many as 1.5 million people in the process,” Secretary of Energy Jennifer M. Granholm said on September 8 in marking the release of the 2021 Solar Futures Study.

Studies like these are a great way to encourage bold action at the federal and state levels. The United States has committed to reducing carbon emissions by 50%-52% by 2030. It also plans on achieving carbon-free electricity in 2035 and carbon neutrality by 2050.

There Are Three Main Types Of Solar Power

There are many technologies that convert sunlight’s heat and light into solar energy.

●       Concentrating solar power plants (CSP) use mirrors to direct the sunlight to a central point. This heat is enough to fuel steam turbines and engines that produce electricity.

●       Solar heating and cooling systems (SHC), which use thermal heat from the sun in order to produce hot water and air conditioning, replace the need for electricity and natural gas.

John Kerry, Special Presidential Envoy for Climate Change, stated that solar and wind power were the most cost-effective sources of electricity in countries accounting for 77 percent of global GDP.

Solar Power Storage And Use Projections

The Department of Energy’s 2021 Solar Futures Study (PDF 11.7MB) shows that solar power can be a significant and cost-effective tool in ending America’s dependence on fossil fuels.

It claims that switching to renewable energies such as solar and wind will result in approximately 3 million American jobs and a reduction in energy bills for consumers.

According to the Department of Energy, solar power could provide as much as 40% of the country’s energy supply. The study reveals that electricity demand is expected to rise by 30% between 2020-2035.

Energy-grid resilience can also be improved by using better storage methods for solar energy. Solar batteries store extra energy during sunny days and make it available when traditional energy lines are down.

The study concludes that this means reliable energy at lower prices. Other countries can also benefit.

President Biden stated that making these bold investments is not just good climate policy. He said it at the 76th session of the United Nations General Assembly. “It’s an opportunity for each country to invest in itself and our future.”

This post was written by Daniel Massaad, owner and expert solar technician at Energy Solutions Direct! ESD is the top choice for Solar Panels St Petersburg FL! Our licensed and certified contractors are masters of their craft; with years of experience servicing the great Tampa Bay area and beyond, the choice is simple. ESD excels at offering you the best in solar value!

THE TOP MISCONCEPTIONS ABOUT WATER HEATERS

How To Remove Chlorine From Your Water

How to Quickly and Easily Repair a Burst Pipe

Interior Design Trends For 2022: How to Renovate Different Types of Properties

Features of the Best Interior Design

Different Machines To Help Make Your Self-Build Home Much Easier